Reservations NOT Required, but strongly recommended. - Please make an online reservation at your favorite location today!

Collaboration Pizza with The Phoenix Suns and Phoenix Mercury!

Spinato’s is the new “Official Pizza” of the basketball franchise – the new “Courtside Classic” pizza will be available at all Spinato’s locations and at Footprint Center starting Oct. 11

He was quick to roll the dough and eager to stir the sauce. He tasted each of the toppings several times, sometimes a bit too much. He danced around the kitchen enthusiastically, but almost knocked over a big jar of pickled jalapeños.

At the end of the day, the Phoenix Suns Gorilla was instrumental in helping the Spinato family create a new “Courtside Classic Pizza” which will be available at all Spinato’s locations and at Footprint Center starting Tuesday, Oct. 11.

The Gorilla’s visit to Spinato’s took place shortly after Spinato’s Pizzeria & Family Kitchen and the Phoenix Suns and Phoenix Mercury formed a new partnership that recognizes Spinato’s as the basketball franchise’s “Official Pizza.” In return, the popular pizzeria will promote Suns and Mercury games to its patrons at all six locations Valley wide.

Anthony Spinato, co-owner of Spinato’s, commended the Gorilla for his savvy pizza-making skills.

“We didn’t know what to expect, but he did a pretty good job helping me in the kitchen,” Anthony Spinato said. “He’s nimble and has a good work ethic. If he wasn’t working for the Suns, we might consider hiring him.”

Spinato’s solicited the public’s help to choose the name of the new pizza. The winning name, “Courtside Classic” was submitted by Maria Lindner, and she won a $100 gift card.

Anthony Spinato said Suns and Mercury fans will find the quality of pizza at Footprint Center to be just as fresh as the pizza served at Spinato restaurants.

“We will be rolling out our fresh dough before every single event. Nothing will be frozen, and all our ingredients will be fresh. We promised ourselves that we would not commit to this partnership unless we could meet the teams at half court,” he said. 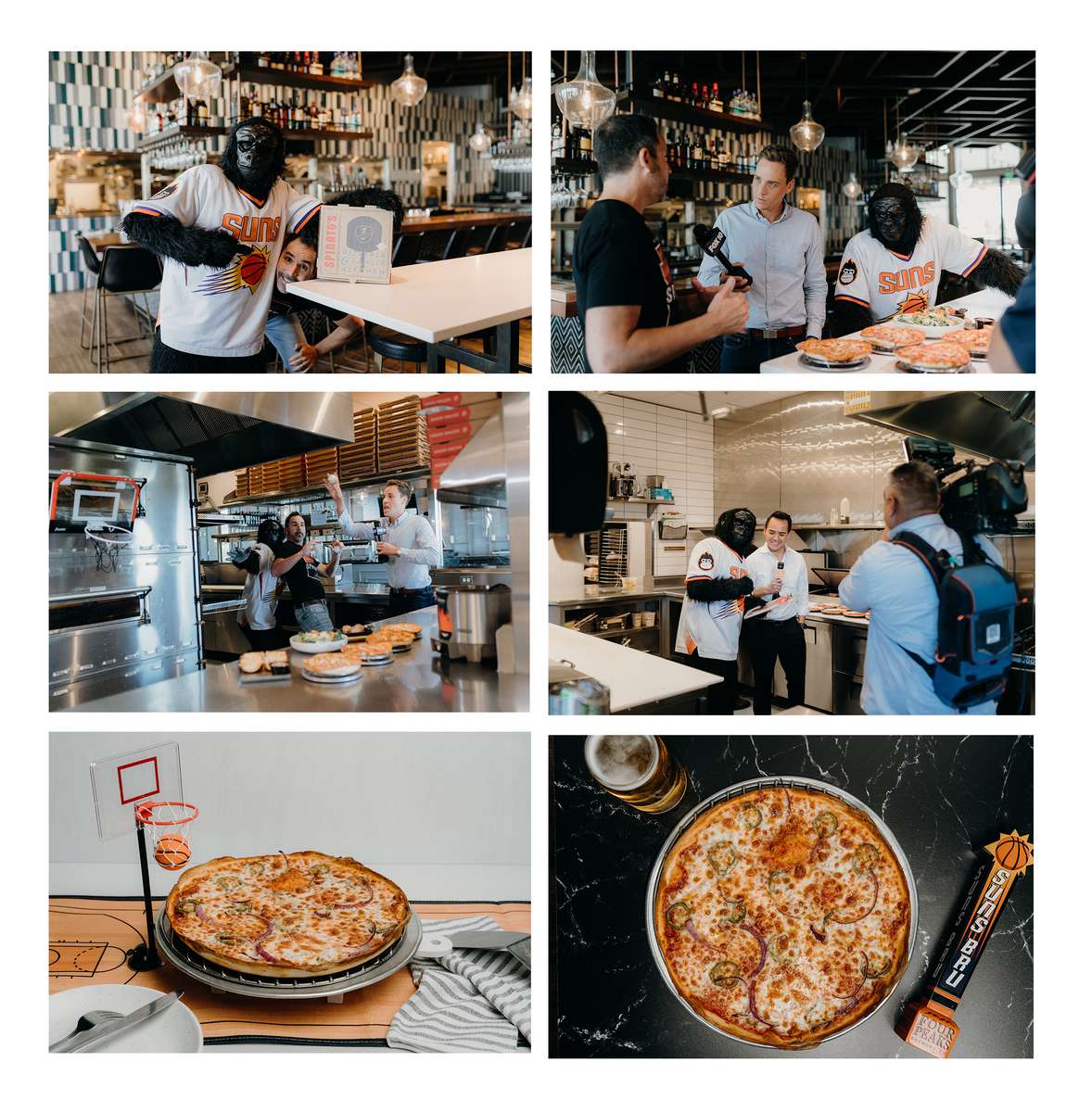 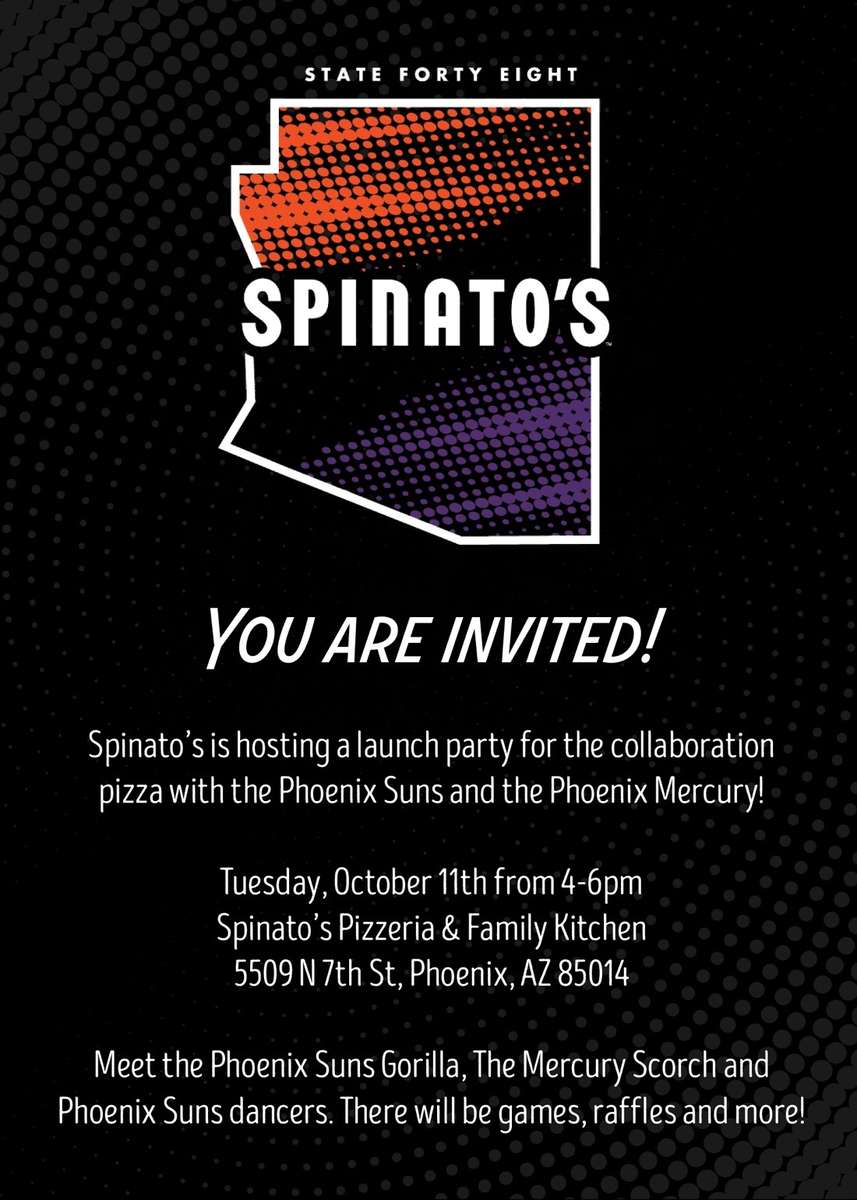